Login to the game using new PixelFederation Portal https://portal.pixelfederation.com/en/ and receive 50 free gems as a gift! For limited time only!

PixelFederation have prepared a solution to minimize the impact of these changes on our players and their game experience.

Players who play TrainStation at our website http://trainstationgame.com/portal (also known as TS portal, or simply portal) will still be able to connect to TS portal via Facebook login or email account until December 5. On December 5, the website http://trainstationgame.com/portal/ will be down and all traffic will be redirected to new version of the off-Facebook TrainStation. 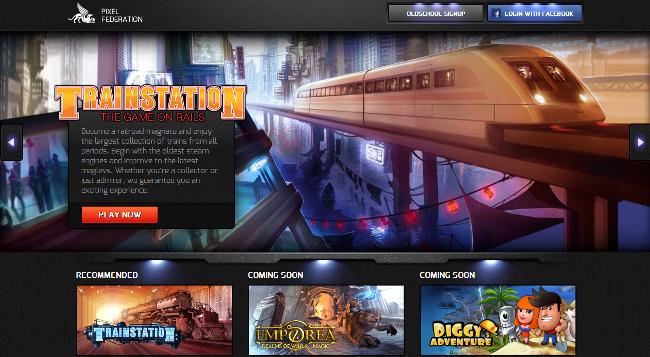 Simultaneously, PixelFederation are launching a new application called PixelPortal to comply with the new rules. Players will be able to play TS via this application outside Facebook using the same login methods (Facebook connect, email). The TrainStation game at PixelPortal is the same as the one at Facebook and both games are fully synchronized between those two platforms. PixelPortal is, however, a new application and players have to install it (accept Facebook permissions) in order to access it.

The difference between the former TS portal and the new PixelPortal (apart from having different URL/web address) is the need to install a new application. The game experience should remain unaffected. Also wallposts (and later OpenGraph actions) will be posted to one’s news feed as actions from PixelPortal instead of actions posted from TrainStation. Visually and functionally they will be the same.

On December 5, after the former TS portal is shut down and redirected to the new PixelPortal, the PixelPortal will be the only way to play TS outside Facebook. Also all links to portal (either the former one or the actual new one) will have to be removed from Facebook version of TS.

All features that were available at the former TS portal will be retained.
This includes:
*10% more Gems with every purchase
*PixelPortal email login
*minigame with daily bonus
*TrainStation themed wallpapers
*no ads

Later on, PixelPortal will serve as a hub for all Pixel Federation’s games.

This site uses Akismet to reduce spam. Learn how your comment data is processed.